A Sneak Peek of THE SCOT 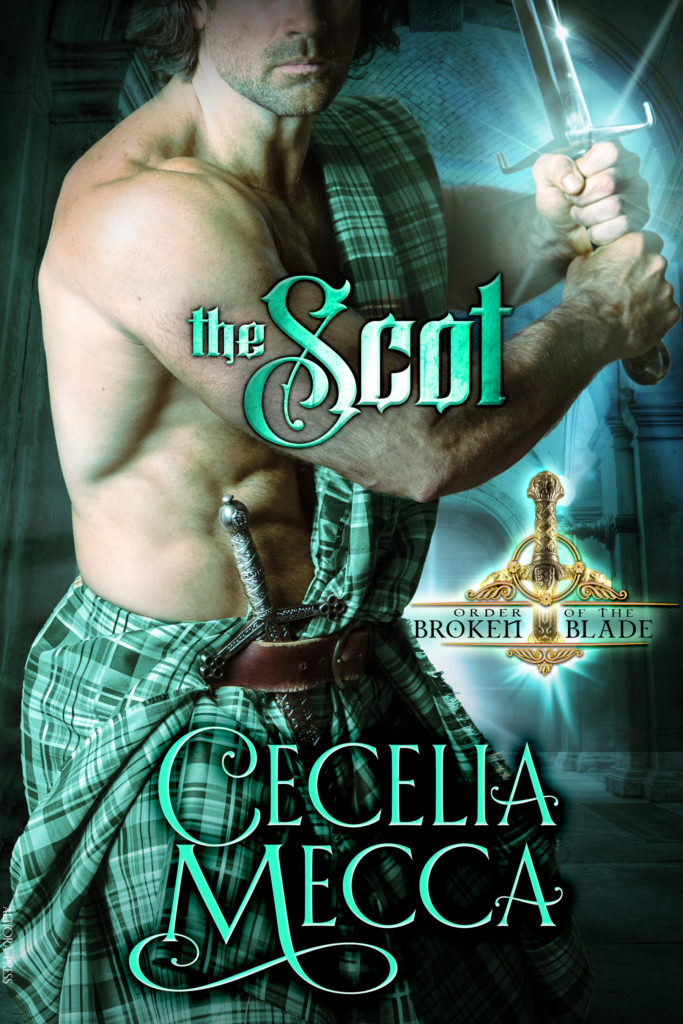 Terric ignored the sound of swords clanging around him, focusing instead on blocking his friend’s blade as the blunted steel hurtled toward his head.

“The men are near frozen, Terric.”

Lance threw this bit of commentary at him as he twisted away from his counterattack.

Sure enough, snow dotted the frozen ground. March at Dromsley Castle, he had found, was as frigid as it was back home.

Though, he supposed, this was his home now. Terric had spent more time at his English estate this past year than he had at Bradon Moor. He’d known that would be so, of course, when he and his friends had formed the Order of the Broken Blade, pledging to either dethrone the corrupt King John or force him to desist his worst policies. All four of them, along with the barons and others who had pledged themselves to their cause, had given up something. Relinquishing his home, for now, was a small price to pay.

“The men may soon be fighting for their lives,” he huffed out, taking another swing. “The practice will do them good.”

Terric landed a blow against his friend’s sword this time, the sound ringing through the training yard.

“Again,” he prompted when Lance held up a hand.

His friend’s brow crinkled, which was really fair enough. They had been training since the midday meal, and now that darkness began to descend, he supposed their session should soon come to an end.

As he always did in training, Terric imagined his sister, defenseless, splayed on the ground in front of the man who’d meant to steal her innocence. With a roar, he swung harder than he had all day. Lance deflected him, but he promptly lowered his weapon and held up his hands. This time, he knew his friend would not be waylaid. They were done for the day.

“Idalia will wonder if you finally managed to kill me in training.”

Terric sheathed his sword. “Not today.” Grinning, he slapped his friend on the back. As always, Lance remained much too serious for his liking. “You look as if the king himself waits at the gate.”

The blacksmith-turned-knight sheathed his own sword.

“He may well be at the gate sooner than we think.” The Order of the Broken Blade had finally declared their demands to the king several months prior. If he agreed, his tyranny would be at an end—if he did not, they would go to war.

The Order of the Broken Blade and the others who supported their rebellion had spent all winter waiting.

The other men in the training yard began to pack up their things.

“Has Idalia received word from her father yet?”

“Nay. Nothing since the last report. No movement from John’s allies has been detected.”

The two remained silent as they made their way from the training yard back into the castle. Lance stopped suddenly, pulling Terric to the side.

They’d had this conversation so many times over the past months, Terric had nothing new to offer. He agreed. But they certainly hadn’t expected the king would immediately accept their demands.

Open rebellion against a king was not supposed to be easy. Or clean. They’d made their demands, and now they waited. And waited.

Dromsley Castle was as prepared as possible, although Terric’s clansmen had not yet joined them from across the border in Scotland. They would arrive as soon as the weather allowed for travel.

“’Tis maddening.” Lance’s jaw ticked. “How can you remain so calm?”

He was anything but.

“We will crush him,” Terric said in a tone that made even his hardened friend flinch. “If I am calm, it’s because I’ve been waiting for the moment John, or his men, dare to take what is mine. I look forward to it.”

“I worry for Idalia,” Lance admitted.

“You’re a fool for taking a wife,” he said, nodding toward the corridor. He’d said the words any number of times, although there was no heat behind them. They began walking once again, the smell of some kind of roasting meat reminding Terric he’d hardly eaten that day.

“Say as much to Idalia,” Lance dared.

“It’s as if you conjured her,” he said with a grin. Indeed, the very woman they’d discussed had just stepped into the other end of the corridor.

“You will not come into the hall in such a state,” she called to them, reminding Terric of the many times his mother had chastised him and his brother for entering the hall much as they had today, directly from the training yard.

It still amazed him, the way his friend, the steadfast warrior, changed at the sight of his lady wife. He became a man who smiled easily, spoke gently, and greeted his wife with a kiss. The pair of them had lived with him at Dromsley all winter, so Terric had become accustomed to their antics. And despite what he’d said to Lance, he was very fond of Idalia. It was almost as if his sister were here, with them, rather than back home at Bradon Moor.

“How will Dromsley Castle get on without you when you return to Tuleen Castle?” Terric asked as they reached Idalia. Turning to Lance, he added, “To be clear, I’m speaking of your wife. Not of you.”

“You could, mayhap, obtain a wife of your own,” Idalia answered sweetly.

He laughed, Lance joining him, until Idalia planted her hands on her hips.

“’Tis not so outrageous as that.”

“Aye.” Lance placed another kiss on his wife’s nose in parting. “’Tis as outrageous as the idea of King John actually arranging a meeting.”

“More outrageous,” Terric muttered, shaking his head. “We will return.”

When they turned to leave, Idalia called back to them. “Clean and changed for dinner.”

“You’ll miss her,” Lance commented as he turned toward the corridor that led to the east tower.

“Indeed,” he agreed. He was sorry to see them both leave—and worried for their safety too. Dromsley Castle would not be as easily breached as Tuleen. Although it might not come to a battle. Perhaps the reason for the delay was because the king was considering giving in to the order’s demands.

The thought was not a welcome one. He was ready to fight.

The Scot will be available on Amazon and in Kindle Unlimited on November 5th. Terric will notify you through Facebook messenger when it's live. Add to your Goodreads TBR list if you plan to keep reading, and in the meantime, join us in Blood and Brawn to chat about the sneak peek.