A Map of the Isle of Meria

When a few readers asked for a map of the Isle of Meria after The King’s Commander, I said I would look into it. And I did. Without a clear plan to get one completed, My Highland Bride was released to more questions of, “Can we have a map, please?” Enter the uber talented Tanya Anne Crosby who shared her map-making wisdom with me. Thanks to her and a pretty cool program which I’ve gotten lost in this past week, a map depicting Murwood End and the Kingdoms of Meria and Edingham, in addition to the ill-fated Galmouth Bay and the mountains of the Highlanders where the tournament of Loigh took place is nearly complete.

Read the first two books in the Kingdom of Meria series, The King’s Commander and My Highland Bride, on Amazon or in Kindle Unlimited.

What else would you like to see on this Merian map? Leave a comment to let me know and I may be able to add it! 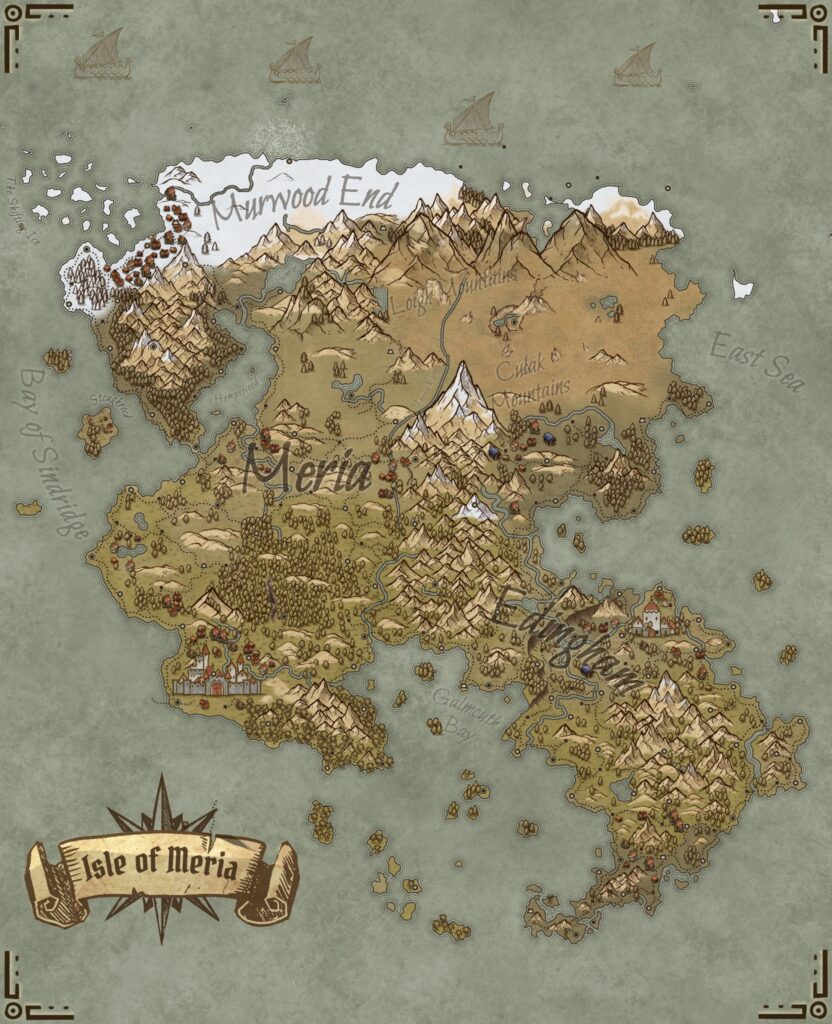 Extended Excerpt of The Chief

Love Through the Ages: From Medieval Scotland to Modern Day Pennsylvania